Please consider speaking to your congregants about the murder of 11 Jews today while worshiping on the Sabbath.

Please consider pointing out that in 2017 antisemitic incidents have increased 57% — the largest increase in any given year, and please note that the increase in antisemitism we have been seeing is, in considerable part, related to the 2015 presidential campaigns and the hateful antisemitic rhetoric that year which was then and continues to be made permissible in this country by dog whistles, by acquiescence, and by deployment of false equivalencies (“good people on both sides…”).

Many of my Christian colleagues wrote back last Saturday night, with great kindness and compassion.  Some, I know, did speak from their pulpits to the horror of the Sabbath Jews had endured. Some added wisdom that could deal with the murder of two black people in Louisville by a man who then announced that “white people don’t kill white people.”

Last night I wrote to my every Christian colleague to ask them to please speak to the horror of antisemitism from their pulpits this morning. I appreciated every loving response. But as a teacher of the history of antisemitism, I know: We are still asking. We will still be asking. I do not think we will know what it is to live in a world in which this request is no longer necessary.

I spent the day grieving.  I have gone from one church to another, given one presentation after the other, led adult study and bible study, spoken with, prayed with, tried – again and again – to embody the deep ecumenism that Reb Zalman espoused.

But in all these years, no congregation has initiated a conversation about antisemitism, though most church communities I visit know that I teach that subject.

I have often asked myself: When will white people examine their history, collusion and complicity in enslaving, controlling, subjugating, imprisoning and even murdering black people?  This past week I asked myself a like question: When will my most compassionate and dear Christian friends understand that loving statements about the evil of antisemitism will not suffice – not when the overwhelming majority of Christians neither know nor understand how their traditions and texts contributed to its creation?

If I am honest, I must admit this: even if those many church communities were to ask me to teach their congregants about the history of antisemitism some part of me would ask: “Why not do this yourselves? Must a Jew explain Jewish pain – yet again?” It’s not as if there are not texts to study (David Nirenberg’s Anti-Judaism, for example).  I’ll share the curricula I’ve used.

Three years ago, during the 2015 campaign, when right wing extremism and members of the current administration stepped out in public to begin their close, intimate dance, I told my husband and son: Jews will die in America.

It has been three years of dread, living an awful expectation.  And now, just as black leaders did after Dylann Roof murdered nine black congregants of Emanuel African Methodist Episcopal Church in Charleston in the summer of 2015, so am I doing.  Just as they explained and explained to white folk – yes, racism is still alive — so I find myself saying, “see?  Yes, antisemitism is still alive.”

We will not rid this world of either one until the worlds which spawned them take up the work of eradicating them.

May we live to see such a time.

[E]verything I know of God… must find an ethical expression. … The attributes of God are given not in the indicative, but in the imperative. The knowledge of God comes to us like a commandment, like a Mitzvah.

To know God is to know what must be done.

A week ago, I was at our university library, in a room with several female staff members. The Brett Kavannaugh hearings came up. “Without any one here saying a word,” I say, “we could assume that a good number of the women in this room have been sexually harassed, sexually assaulted, or sexually abused. And we would be right.” 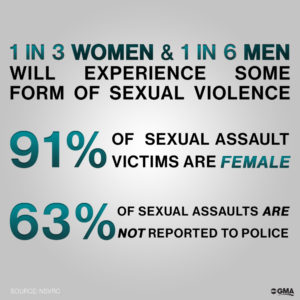 Those two sentences elicited one story after the other. In the end, three-quarters of the women present said that they were among the victims. There was the young black mother who didn’t say exactly what had happened to her. There was the middle-aged white woman who described her assault in detail. There was an older white woman who confirmed: she, too.

A few days ago, I stood in a university hallway with colleagues. The conversation turned to the Brett Kavannaugh hearings. Both my colleagues wryly admitted that they had had to make appointments to talk with a counselor. Both are victims. There were grief-filled attempts to joke about the number of counselors compared to patients. “How are they finding time to fit everyone in?” one colleague asked.

My students include survivors of sexual assault. How many have I spoken with about sexual harassment, sexual abuse committed by family members, being raped by a college classmate and not believed? Students who had been harassed, students who had been sexually abused as children and minors, students whose parents and friends blame them for the violence done to them. They spoke (sometimes) this past week.

Sexual assault victims know well how memory works – and doesn’t. They remember the fear, the panic, the unmitigated horror and the terrible, seemingly unerasable shame. Not one can forget those things. They know that if they speak, the details they can’t recall will be used against them.

They know that they will be dismissed.

A rape victim asked me this past week how not to despair.

This Shabbat is Bereishit. In Genesis 1, we are afforded verse after verse of beginnings, of new light and new green and new life. Everything is magic; everything belongs on the good earth with the heavens above.

God is in the midst of a sweet, bursting creation. Nothing is not right. Everything is complete. Each part belongs to each other part. The world is whole. It is very good.

In that moment of mystical, perfect time, God’s power fills every green thing, every swarming thing, every flying thing, every swimming and crawling and walking thing. Reading, verse to verse to verse, the creation of the world is nothing less than a divine incantation, a prayer of being and becoming. There is light everywhere, starry and silvery light, blinding and brilliant sunlight, light rippling through seas and green leaves and grasses.

I crave this light.

I crave an incantation of such divine power that it can heal the wounded and heal those who wound.

We have been given this world and all the life in it. Only we can write the words, invoke the purpose, create the incantation that will bring us a beginning of lasting light.

I understand despair. I feel it. I know it.

There is no answer to despair but the imperative. We must know what must be done.

Bad Behavior has blocked 384 access attempts in the last 7 days.