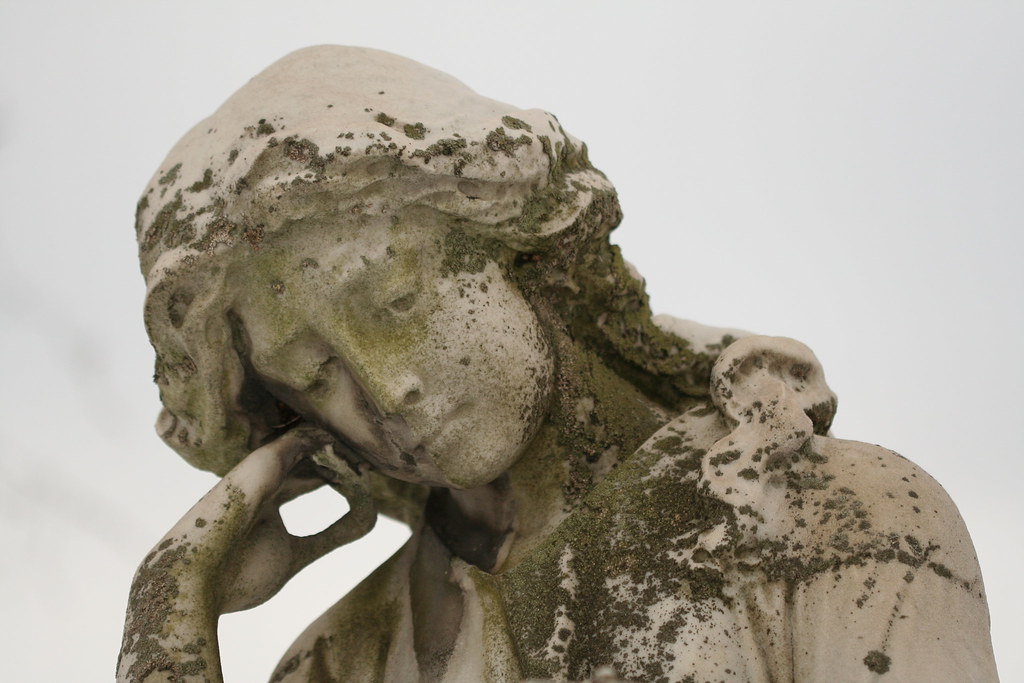 In the memory of Lori Kay Gilbert, Ellis Parlier, and Riley Howell and all victims of gun violence; in honor of my students and colleagues at UNC Charlotte.

Alas!
Lonely she sits…
her squares, once teeming,
her buildings, alive with sound.
She is a widow, now,
mourning her dead,
weeping for the injured, the fallen,
whose voices once called out in greeting, in play,
across her pathways, walkways, glens and gardens.

Bitterly she weeps in the night,
her cheek wet with tears.
There is none to comfort her.
“Thoughts and prayers” mean nothing without rage,
without anger so righteous, it rises up to cry out:
Let their wrongdoing come before You.
Let their wrongdoing be named.
For making murder easy, slaughter simple.
For placing pistols and assault rifles in every hand.

Our steps were checked,
we could not walk in our squares.
The breath of our life was captured in their traps.

See how the foe has laid hands on everything dear to us.
Our young, shot at study.
Your supplicants, shot at prayer.

Hear my plea.
Do not shut your ear
to my groan, to my cry.

For these things do I weep.
My eyes flow with tears.
My children are forlorn.
For the foe has prevailed.
See, how abject I have become?

This text includes sections from Lamentations, Chapters 1, 3, and 4.

Tuesday, April 30th, my husband, Ralf, and I were driving to campus. It was just three few days after the attack on the Poway synagogue and the murder of Lori Kaye Gilbert.

I was afraid. I was afraid to go and teach, again, the history of antisemitism, the way the Holocaust is marketed, the terrible recurring history of hate.

“I’m thinking about the cost of teaching these courses,” I said. “What if someone becomes radicalized, finds our course and its location, comes in to my classroom and starts shooting at me and my students?”

That day, I told the students in my antisemitism class that they might be the last students to take the course. I explained why.

Afterwards, I went to my office to see students. My last student of the day and I spoke about her growing strength, her own awareness that as a woman of color she needs, as she said, “to get loud.” If you only knew her story – if you only knew – then, you would know my pride in her.

Around 5 pm, she and I left the building, and hugged happy goodbyes. I met my husband at his building and we walked toward the garage, got into our car, and left campus.

Just about fifteen minutes later, as I was reading email on the way home, a message flashed on my phone screen. “Run. Hide. Fight.”

Campus was locked down. Frantically, I tried to understand. Kennedy, Kennedy. Every report mentioned the Kennedy Building, the building I see when I look out my office windows in Macy. At first it seemed that someone had shot students in the open gathering space outside Kennedy and outside Macy, too. I kept replaying the minutes when I had been near that space with my student. She is tall. Would she have been easily shot? What would we have done? What would I have done?

I couldn’t stop transposing time, even as I emailed with that same student, who had returned to Macy for an evening class. She and her fellow students had just seen students running from the Kennedy Building, she wrote. One was bleeding from being shot. He had collapsed just at the entrance to Macy.

A colleague who has the office next to mine was still working when the building was locked down. Later that night I learned that when she finally got home the apartment complex was filled with reporters and police. The shooter lived a few floors above her.

For days I have been emailing and texting with my beloved students. For days I have replayed the active shooter training my department had the Monday after the Tree of Life Synagogue massacre. I keep putting myself in the actual room where the shooter murdered two of our students and shot four others. I had a training for online teaching in that very room last summer. What would I have done? What would I have done?

One of my students has experienced so much recent violence that I immediately worried about the triggering this would cause. I wrote to ask: How are you? I wrote my classes, multiple times. I sent links to counseling services, help lines. I wrote individual students. I gave out my home number. I heard from students who long-since graduated. From colleagues, from administrators as we untangled what to do about final exams, final projects, finals of any kind. (Forgive it all, let go, give students time to take care of themselves…)

No one who knows me does not know the measure of my love for my students, for my department, for my beloved UNCC campus. Yet I was unable to protect our students, my colleagues, our campus.

On Tuesday, April 30th, just hours before the shooting, one of the students in my course on gender and sexuality in Hebrew Bible was assessing texts of violence we had studied. He said: “Sometimes, the silent scream is the loudest.”

I have been screaming for days without a single sound coming out of my mouth.

In one week right wing radicalism destroyed the peace of a Jewish community and took the life of a woman at prayer. In that same week, two young people – two of UNCC’s beloved students – were murdered. Four more were shot and injured.

There is no one on our campus who has not been assaulted. We are all screaming.

Who can hear us?

Bad Behavior has blocked 308 access attempts in the last 7 days.