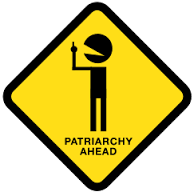 Why do we keep assuming that Ancient Israel was a “patriarchal” society when it wasn’t?

Despite the evidence demonstrating how problematic the term “patriarchy” is, my university students employ it about as frequently as they do the expression “Old Testament.” Both slip from the tongue with aplomb.

It’s obvious why “Old Testament” is a problematic term, given the odor of supersessionism attached to it. But, you may be asking, why do we need to banish the term patriarchy from our discourse about Ancient Israel?

In Greek, patriarchy means the “rule of the father.” We generally tend to use patriarchy to describe an entire society organized around excluding women from positions of power.

Men did have a great deal of power in the ancient world. But, as a number of scholars have pointed out in recent decades, they did not have the absolute rule the term patriarchy presumes. Male power may have been a legal construct, not a sociological reality. Roman law failed to mention any absolute authority of men over their wives. Elite Roman women managed both households and property. The women of Greece and Rome took part in public religious activities and acted as religious leaders in mainstream public cults and cultic activities.

What about Ancient Israel? Most Israelites lived an agricultural and pastoral existence in which women played a major role. Women were, among other things, responsible for food processing, textile production, and creating household implements. They were commodity producers. As managers of households, they likely allocated resources and tasks. We can tell from the position and number of weaving, grain-grinding, and other implements found at archeological sites that women worked in groups. How much family and village planning went on during the work? Women would be able and willing to negotiate connections, marriages, and sharing of resources when needed. That’s not private work – that’s public – even “political.”

In Tanakh, female characters are not wholly without access to power. The Shunnamite (2 Kings 4:8-37; 8:1-6) takes charge of inviting and housing a prophet, demands said prophet’s intervention when her son’s life is at risk without her husband’s help or involvement, moves her family out of town when drought threatens their survival, and negotiates their reentry and reacquisition of their land by talking over her situation with the king himself.

Women of Tanakh functioned as professional musicians and mourners, temple seamstresses, circle dancers, judges, prophets, and necromancers. They negotiated, argued, and formed clever plans and daring maneuvers. They are depicted as strategic thinkers in stories that demonstrate, time and time again, that they were hardly understood – even by the male elite authors who wrote their narratives – as either inferior or subordinate. While we do have difficult stories of male control (Dinah) and terrible narratives of outright brutality against women (the Levite’s Concubine and the hundreds of women kidnapped, raped and killed after her death), biblical women were not – per se — either voiceless or powerless.

Archeologist and biblical scholar Carol Meyers has suggested we consider the term “heterarchy” for Ancient Israel.  A heterarchy is a society in which different power structures exist at the same time. Hierarchies are at work, and these are not fixed, but shift and change. Is Sarah the one in control when it comes to her slave, Hagar? Is Abraham’s servant in charge when it comes to negotiating a wife for his master’s son, Isaac? Class is important, as is ethnicity, and we need to keep these things in mind as we read: servants, slaves, and non-Israelites are part of our stories and play different roles at different times.

No scholar is likely to claim that there was gender equality in Ancient Israel’s society. But when we think about that society, we need to think in terms that transcend the binaries of male and female. We need to see that there are nuances to be noted – ones that will give us a richer appreciation of the complexity of our narratives. Who had power or control in this society did not depend on a fixed, unalterable rule of male control.

Ancient Israel was not a patriarchy.

Bad Behavior has blocked 327 access attempts in the last 7 days.